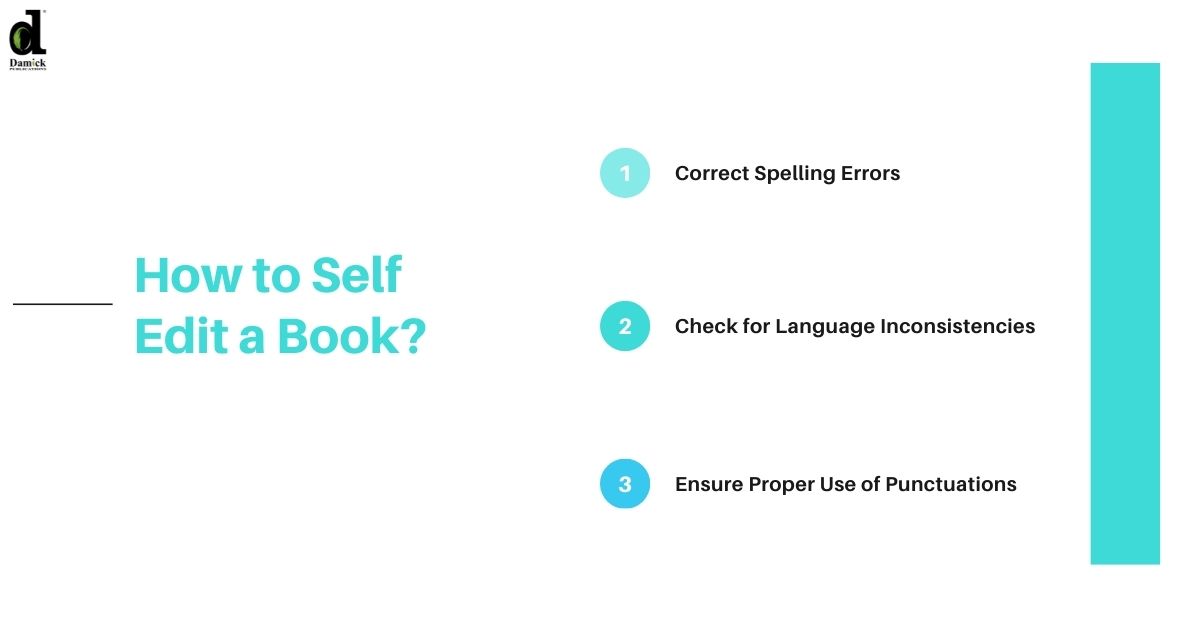 These days, writing has become a new trend. Almost everyone I know is writing something or the other and the most common question they as is “How to Self Edit a Book?”

While, this is a good thing, it often becomes havoc for the editors. Firstly, there is a dearth of good editors in the country and then, often due to budget issues, authors avoid sending their scripts to the editors. This results in shabby content being published and consequently, readers feel cheated when they spend their money and time on reading an unedited script.

Now, authors can avoid their content being thrashed if they follow a checklist for their script before giving it a publisher or to a proofreader (who charges less than an editor, yay!).

From my experience, I have found these 10 common errors that most of the authors leave in their books:

Names of the characters are often misspelt too. For example: Sheela or Sheila, Apurv or Apoorv.

As an author, you must decide beforehand which style are you going to use; whether the setting most suited for your script is American or British. Both language styles are often confused and mixed up in the scripts. Do a thorough check for –ise and –ize spellings.

Similarly, how to write abbreviations is unclear to most of the new writers. For example: Mr or Mr. and PV Sindhu or P. V. SindhuandStd or Std.

Please check the grammar rules on abbreviations before you begin writing or follow your own consistency. I personally follow a style guide that says no dots in contractions such as Mr, Dr but dots after Rev., no., etc. While writing names, I tend to go for PV Sindhu and not P. V. Sindhu. Abbreviations that include the first and last letter of the complete word, do not generally require dots. For example: Std (Standard).

However, while writing about two to three incidents, you must use a comma to avoid confusion (again, this is optional, but I prefer to use it). For example: Priya went to the temple and prayed for an hour, and then she went to the market and brought the sweets. Here, the highlighted comma separates two particular things that Priya did.

Hyphen (-) is used to link two words placed together (as a noun in most cases). These are called hyphenated words. For example: one-word answer, well-aware writer, well-verse orator, etc.

Dashes are of two types: en dash (–) and em dash (—).En dash is used with numbers and em dash with words. For example: 10–100 and Ram went to office—there he worked on some files.

Similarly, be attentive while using words like effect or affect, ensure or insure, inquire or enquire, compliment or complement, etc.

This often looks bad in print and the breaks the flow for the reader because he/she has to adjust with the change in pattern so often while the reading process.

Know How to Publish a Book in India

2 thoughts on “How to Self Edit a Book?”